I just got a new Matebook X Pro i7/512GB SSD version from Amazon (which was the best UK price I could find). The hardware is very nice indeed, excellent screen with super slim bezels, great keyboard, excellent general hardware quality plus an 8th Gen i7 cpu. The Matebook X Pro wasn’t touted as The Verges best laptop of 2018 for no reason.

I firstly tried to install Ubuntu 18.10 on it (as my go to, easy web development distro) but experienced constant cpu lockups, making it unusable. Then I tried 18.04 LTS which worked but still had some issues (seemed to run very hot on the nouveau driver, trackpad caused a crash once for me and I just didn’t like the feel of it). Lastly I tried the nightly build of Ubuntu 19.04 but that too had the same CPU lockup issues as 18.10. At this point I’m questioning if I made the right choice with the Matebook X Pro as Linux compatibility wasn’t looking great.. As a final attempt, I decided to try installing Debian Testing with Gnome. Well, I’m happy to report it works great, looks fantastic (its Wayland out of the box), sounds decent and battery life is outstanding. So, I’m once again very happy with my new laptop choice. This guide will show you how I setup my Matebook X Pro to dual boot with Debian Testing keeping the original Windows setup completely intact (bar windows boot-loader which can be easily restored at a later date). 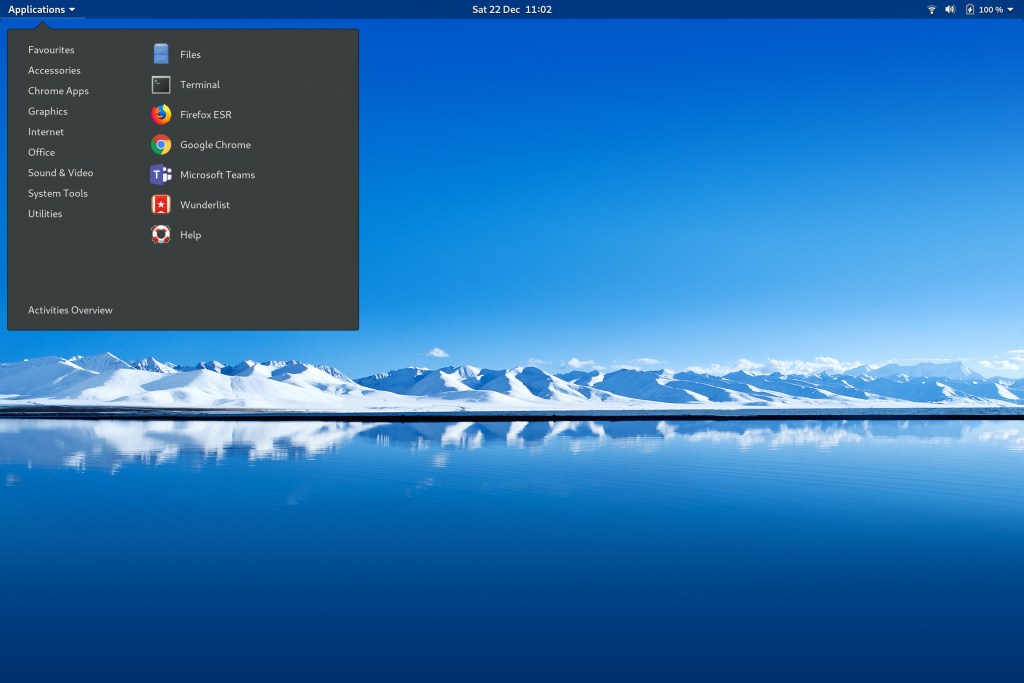 Important:The below guides are aimed at individuals who have some experience of installing Linux distros and partitioning hard drives. I’d suggest following through the steps and make sure you’re happy and confident with the procedure before embarking. You’re responsible for what you do to your Matebook Pro 🙂

Start by booting into windows. On my unit I had a C: drive of about 80GB with the majority of the remaining disk partitioned as D: and named ‘Data’. The idea being to have OS installed in the 80GB partition and then data and presumably programs stored on D:

Next extend the windows partition to take some of the newly create free space, I like to use http://www.matisse.net/bitcalc/ to work out the exact MB’s to set in Microsoft’s partition software. On mine I extended the windows C: partition to 250GB of space leaving roughly 210GB free space for linux. That’s all the partition editing in Windows done, the Linux partition will be created later from the remaining free space when installing Debian.

Get a USB stick, I used a Kingston Datatraveller

Image the debian-testing-amd64-netinst.iso iso to your USB stick. This is simple just select the iso image and roll with the defaults in Rufus.

Once complete open windows explorer and navigate to the USB stick Important: The debian netinst doesn’t include the Matebook Pro Intel wireless driver, so it must be manually added to the USB. Get it here https://packages.debian.org/buster/all/firmware-iwlwifi/download . Then place the driver file in the newly created ‘firmware’ directory on the USB.

Reboot your MBXP and press F4 immediately after turning on to get into the Bios. Disable ‘Secure Boot’ in the Bios then save and exit Early on in the install the installer will mention that it needs the iwlwifi driver and that it’s not included. Because it was manually added above when preparing the usb stick, you can just click continue and the install will find it on the usb. Create your swap partition first at the end of the free space. I made mine 4GB so as not to use excessive amounts of the ssd Click done and proceed with creating the 2 partitions. It should look like (but not the same partition numbers) as the below example. If you have more than 2 partitions (1 ext4 and 1 swap) you went wrong. Abort and start again. Proceed with the changes if all looks good and the Debian base system should start installing onto your newly created ext4 root partition. After this you will get to the software selection screen. Deselect everything and select Gnome as your desktop environment and standard system utilities. Then continue. Once completed you’ll be presented with the grub boot loader install prompt. Say yes to this to install Grub to the MBR so that you can boot into your new Debian install. Reboot when prompted and that’s the Debian installation done!

Tweaks to Debian after install

Personally I like a fairly minimal base OS to start so I removed all the gnome apps I knew i would never use. If you want to cross reference what any of them are, you can check here https://packages.debian.org/buster/gnome

In my view the Matebook comes with some excellent default wallpapers which really show off the amazing display. These are stored on the Windows partition so copy them over to your Debian install to make it look pretty. Open ‘Files’ by hitting the Super key and searching ‘Files’. Click other locations on the left find the windows partition. Now search ‘matebook’. Find the 3K Huawei wallpapers in the /Windows/Web/Wallpaper/MateBook folder and copy them to your ‘Pictures’ directory in Debian. Once you enable right click below you’ll be able to easily set these are your wallpaper making the desktop look vastly better. To give extra options for gnome changes and the ability to administrate gnome extensions from https://extensions.gnome.org/ run the following in terminal

or install Gnome Tweaks from the ‘Software’ app.

Press your super (windows) key and search “tweaks” and run it. Then select Keyboard & Mouse and under Mouse Click Emulation select ‘Area’ The default Gnome setup is to only have the option close windows from the title bar. I don’t like this, so again in Gnome Tweaks go to Window Titlebars. And enable Maximise & Minimise. My config is shown below. I like my file manager to be accessible by using the Super + E key in the same way Windows explorer is. Hit the Super key and search “Shortcut” to bring up the link keyboard shortcut settings. Mine looks like below Hit the super key and search for ‘search’ to bring up search options. As a default Gnome 3 is set to search a lot of different things. I think this makes the gnome search functionality feel cluttered, so although I keep search active I don’t allow it to search anything other than apps. Adjust to how you want it to work, mine looks like so: That’s it, those are the steps I followed to get my Matebook X Pro Debian Desktop to a good base level. Hope this is helpful for other Matebook Pro owners looking for slick linux desktop experience. Please comment below if you like this guide.